Last month I moved house, 400 miles to a new location. My House Removals were all booked up unfortunately and the move was quite short notice. (The landlord had decided to sell the house and we needed to be out).

Now this post is important as I work closely with Dale, the owner of My House Removals and Van Man York and write with authority of a variety of house removal subjects, so I should be in a position to spot a bad apple? I didn’t. Despite all my experience, I fell hook line and sinker for a seemingly professional home removals company that delivered the worst removal experience of my life.

A Good Start for My House Removal in York

It started well. Through a well-known site I asked for quotes. This company’s was the highest but they seemed to be the most knowledgeable. I thought paying extra would ensure I got a tip top service, oh how wrong I was.

In conversations beforehand, the boss told me he’d give a £750 discount because he needed some writing for his website doing, they were reinventing themselves and they’d like to use my services. I was happy as this took their price in line with other quotes I’d received and brought them within my budget.

I accepted the quote which included house removal packing services. As a control freak I packed 60% of the items myself and only left everyday things to pack for the firm, I’m so glad I did.

Now we’ve moved a lot. Hopefully we’re finally settled but before this move I’ve moved with work, and life over 20 times since leaving home. I’d usually choose my favourite van man York but he was already booked up, so I had no other choice.

Less than 48 hours before the move they emailed to say they wanted an extra £750 or they’d cancel altogether. We rang round many York home removals firms but found with just a days’ notice the price was either astronomically high (bearing in mind we’d already paid thousands to this firm) or they were all booked up. They told us they’d incurred unexpected costs as a truck had broken down and they wouldn’t budge. We paid the extra £750, consoling ourselves that we would at least get a tip top service.

The move would take 2 days. They’d arrive, pack and load on the first. Travel and unpack on the second. As we wouldn’t have any of our things at the old house, we hired a big van ourselves (to take some of the load) and left them to it as we travelled down on day 1.

On day 2 they arrived and it wasn’t until they were about to leave that we realised half our things were missing. One told us they’d been kicked out by the landlord, another said it had got to 11pm and they’d ran out of time, the boss told me they didn’t have space but the van was obviously only part loaded. We had no choice but to hire another van and my husband went to pick up what he could. A 3 day trip leaving me with a full-time job (I had to work to cover the extra costs), a toddler, a teenager and an unpacked house.

Great Expectations for My House Removal Despite the Warning Signs

In previous moves we’ve managed to have some semblance of order within the first 24 hours, only picture hanging and small jobs to complete. We have of course used house removals in York, most particularly Van Man York here. As my husband put the beds up before he left, I thought it would be easy to unpack.

Now in previous moves I’ve packed myself. Labelled everything, wrapped everything securely and made sure it was in the proper place. This is so we unpack straight into cupboards and drawers, everything in its right place.

The Horrors of a Home Removal Packing Service

But the York removals people had packed. We had condiments with underwear, bathroom toiletries with dog food, cleaning products with DVDs, the list is endless. It doesn’t sound like such a big thing but it made unpacking a nightmare and one box would take hours as I’d have to run around the entire house to put things in their rightful home.

Nothing was labelled and they’d dumped everything in one room, mainly the living room. Boxes were stacked high and it was anyone’s guess what was inside. I set a challenge to have the downstairs sorted for my husband’s return and I worked 36 hours straight to make it happen.

Of course with a lot of furniture missing, there was nowhere for it to go.

We’re lucky in the new place as we have a walk in pantry, it’s nothing fancy but has lots of shelves for food. I was looking forward to organising this but two weeks later it still needs attention due to the absolute mess in the boxes.

Bottles had been packed with no protection resulting in vinegar and ketchup all over bags of flour, cutlery and dressing gowns and pyjamas? Who packs these in the same box? They’d brought the contents of the kitchen bin, dirty nappies, everything and emptied it on top. They didn’t bring the bin though.

It was a never ending cycle of washing, organising, weeping over broken items and wondering where we’d get the money to replace everything broken or missing. Just last night, I was putting up an antique mirror, given to me by my late father, and the full frame fell off, crumbling onto the floor.

On my husband’s return, after the stress, I felt a little relief. I thought that at least we’d have everything and we could start building everything up again. I was particularly looking forward to my plants, I’d taken weeks to re-pot these ready for the move and a little stress free gardening would be just the tonic.

My husband couldn’t fit them in. There was so much stuff left behind he had to make quick decisions about what was more important. The plants didn’t make the grade, my office PC (this one) the kids swing set, the lawnmower and other sentimental items of furniture did.

Now on top of this we had no broadband, no phone, and no mobile signal. Today I come to you from satellite broadband which is pretty good if you ever move somewhere remote. On Monday, just 8 days after the move, I unpacked a box or two again and became quite angry with the damage, until then the damage had seemed to be on small things, things we could replace easily. Now I was spotting it everywhere, our bed, ornaments, trophies, pictures, precious items and the costs were running into thousands.

I got in touch with the removal company, a task I wasn’t looking forward to as I’d really had enough and just wanted to concentrate on our new home. To put the horrors behind us.

Now all good removal companies have insurance yes? I’ll chat to Dale about this, to get the honest answer but part of me felt a little better when I realised I could claim on the removal company’s insurance for the items damaged by their packing or in transit.

The Brilliant Customer Care of My House Removals Team

We will not be liable for any loss or damage to any goods unless any claim for loss or damage is notified to us in writing WITHIN SEVEN DAYS (this is a requirement of insurers) of either their collection by you or delivery by us to their destination, unless you request a reasonable extension which we agree in writing.

So there we are.

See my next post on how to avoid a scam like this, I think I’ve learned my lesson now.

From start to finish, home safety is paramount for house removals. When moving home you will become the master of […] 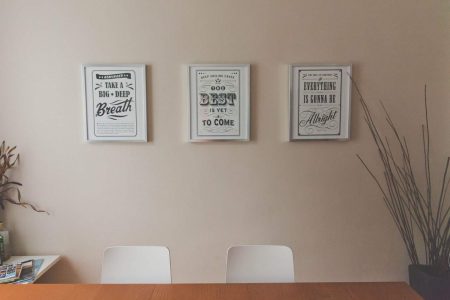 There are nice homes, and there are grand designs. Some domestic projects are so elaborate – so outlandish – that […]

In my post: True Life Story- When a House Removal Goes Horribly Wrong, I told you of our nightmare removal. […]